Sometime after moving to Pomonal post bakery-tour-holiday and starting up a micro-bakery, I thought “I’d like to try growing some wheat and rye”.   An email to the Horsham Genebank, a bit of back and forth to clarify grain types, local region & climate, a signature and soon 49 tiny seed packets arrived in the mail!  (See previous post for our story on how we came to be at the Genebank and a brief history of seed collections). The big lesson learnt from our travels was that we should only be trying to grow something that suits our region and climate, if it can’t grow here then there isn’t going to be any flour . . . seems pretty self-explanatory but in my baker naivety, it wasn’t until we had visited a bunch of farmers and got the real, more detailed perspective on what it takes to grow grain. This is something that I couldn’t recommend enough to any baker, knowing your farmer is one thing but understanding what they do and go through is another. One I’m still learning about.

Still, I was after something a bit different to what was available already so I asked for some wheats (specifically some red wheats, as well as durum), rye and triticale varieties that would be suited to the Wimmera-Mallee area.  I soon received my parcel of little seed packets. In the parcel there were red wheats, purple wheats, purple straw wheat, Durum wheats, ryes and a few triticale varieties.  Some varieties were heritage and some would be considered more modern, so I was keen to see how they would grow and if I’d be able to see any distinct difference.

I very quickly got too excited and with little idea, experience or research planted out on our property some of the ryes (named Gator, Wrens and Kenya) and triticales (Hillary and Jackie).  The rosellas came soon after, it’s probably a bit unfair to just blame the poor birds but safe to say, there was no crop this year.

The remaining grain packets then sat in their original postal package in the cupboard until a visit to our farmer friends Steve and Tania and a chat around the fire led us down a winding path of trial plot harvests. COVID had just appeared and we were soon in lockdown, so my visit to pick up grains and flour was welcomed with a socially distanced chat around the outdoor firepit, under the old gum trees.  I mentioned to them that I had received a parcel of grains from the Genebank and planted out some of the grain packets with little success. Steve said he was also looking to do something similar, out of personal interest and to be able to offer something new.  I offered the remaining grain packets to them as sometimes it’s best to leave these things to the professionals who know about birds and things, and see what we could learn along the way.  So I went home and immediately posted the remaining seed packets to Steve. Fingers crossed the project amounts to more than what we started with! 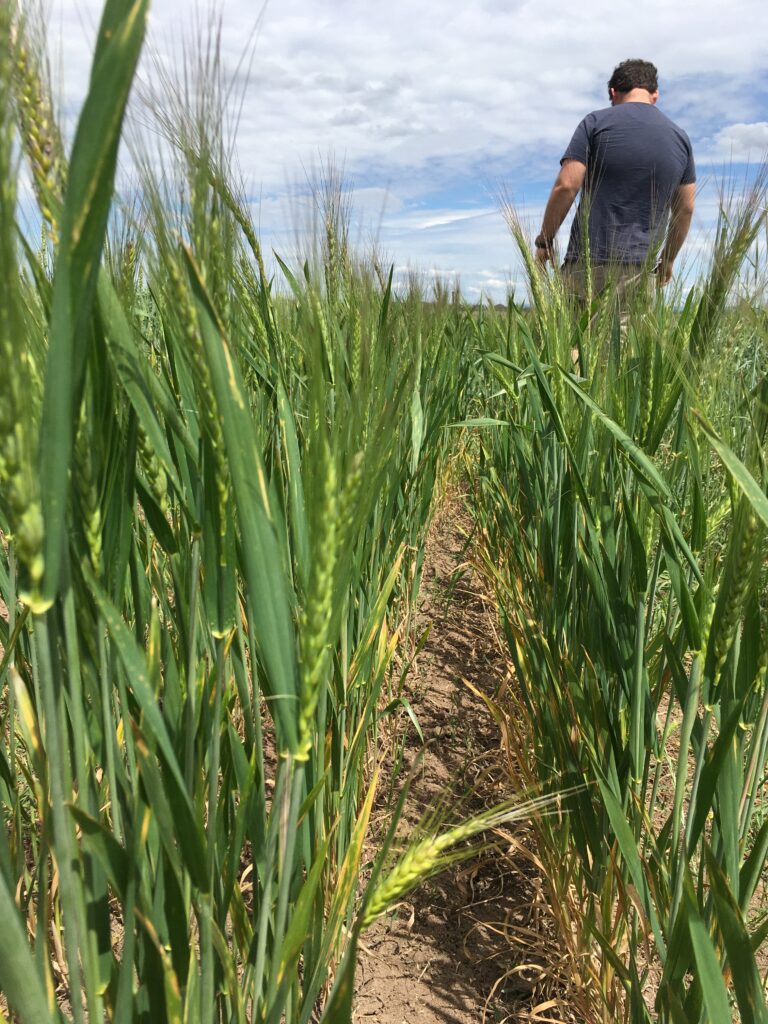 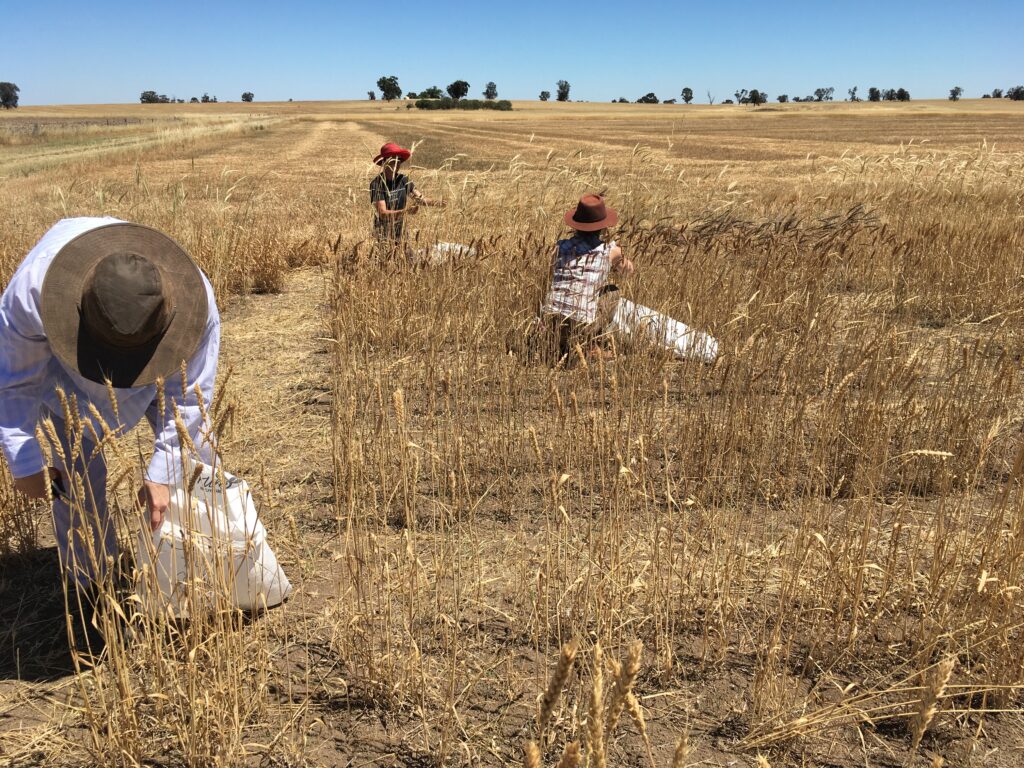